mist escapes the cracks. it’s us! we’re seeping out- we’re lightened. where only limbs will tangle and brambles tangle- across golden dirty land- sucked of flavor. where flesh ankles twist , radicals are free. suspensions striped in smoke, steam and mist, twist and combine rising to great heights. from a  . all we saw were clouds. nothing was able to move- everything was already somewhere, everything shifted. It wasn’t that I was being quiet, I was keeping my mouth shut for fear of inner displacement into these outer chained messier realms. a skull catches water, overturned crown, catches drips from you fern. In a shaft of sunlight apiece apart and you you you forgotten shaft are more easily discovered than a forgotten person. you shaft and yonder field and you yonder feeling so very far apart from us to cry with hands is to tabulate for unseen masters sums of someone else’s eternal.  digits are slippery, abstracting. even the greatest tisking task to an unseen other tally. a smoke signal- the smoke stack for a commercial burger restaurant reporting the murder. soul stolen through vape pen- exhaled in strawberry and you are digested by cave .so is the third stripe maybe one of my tears. realizing at once what it feels like to be something flushed or rinsed down the drains the eternal life in infamy. your god lives in infamy, infamy is just a small space inside of a big skull. it’s a place where lovers meet for betrayals and debts balloon. cracks trapan earth and secrets escape. beautiful mountain defaced. teenage skull smashed to pieces with hammer. rule of three calls for me to finish this trilogy with something else ruined. 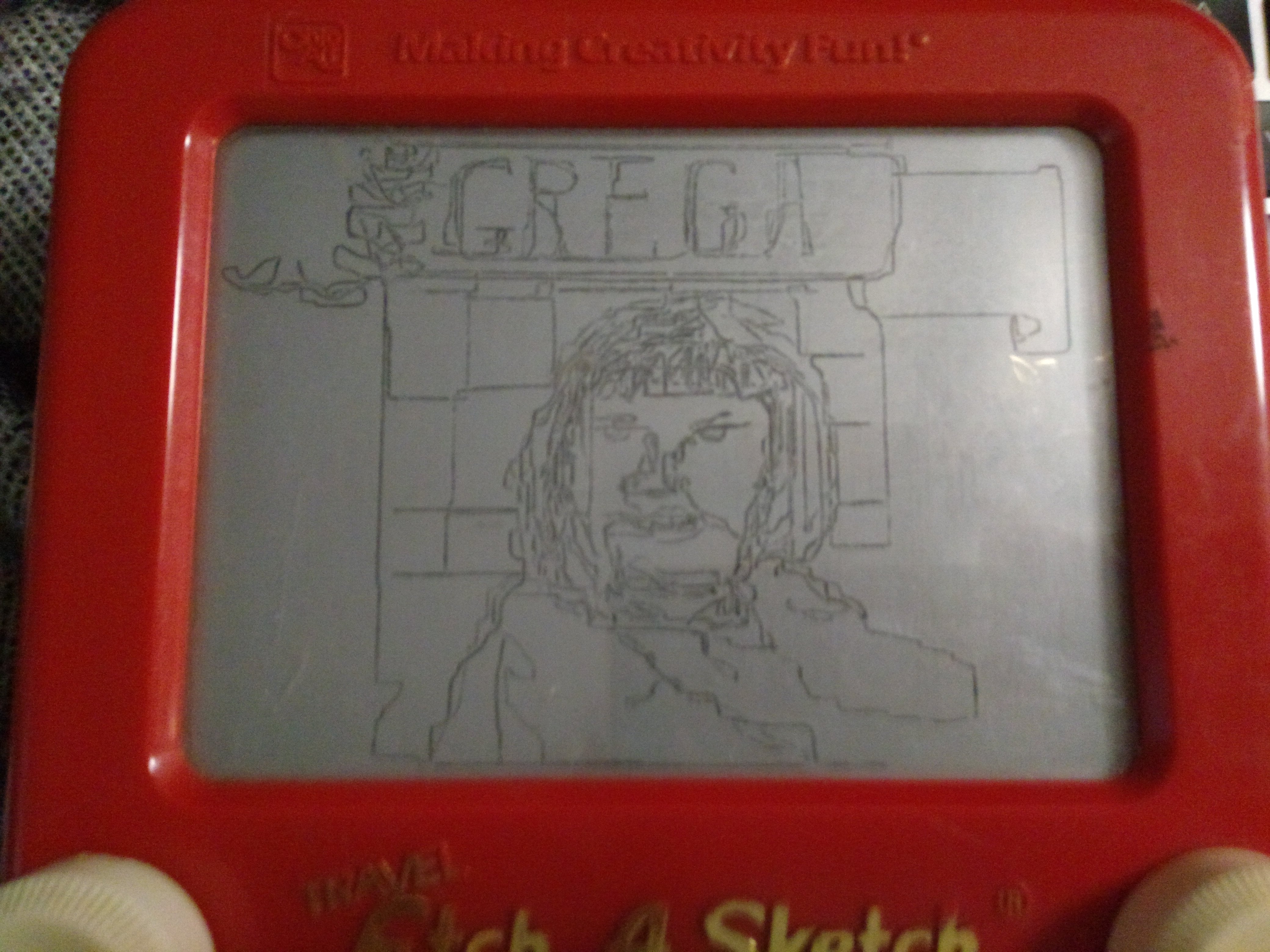 One uncle films south-facing as the other films facing north. 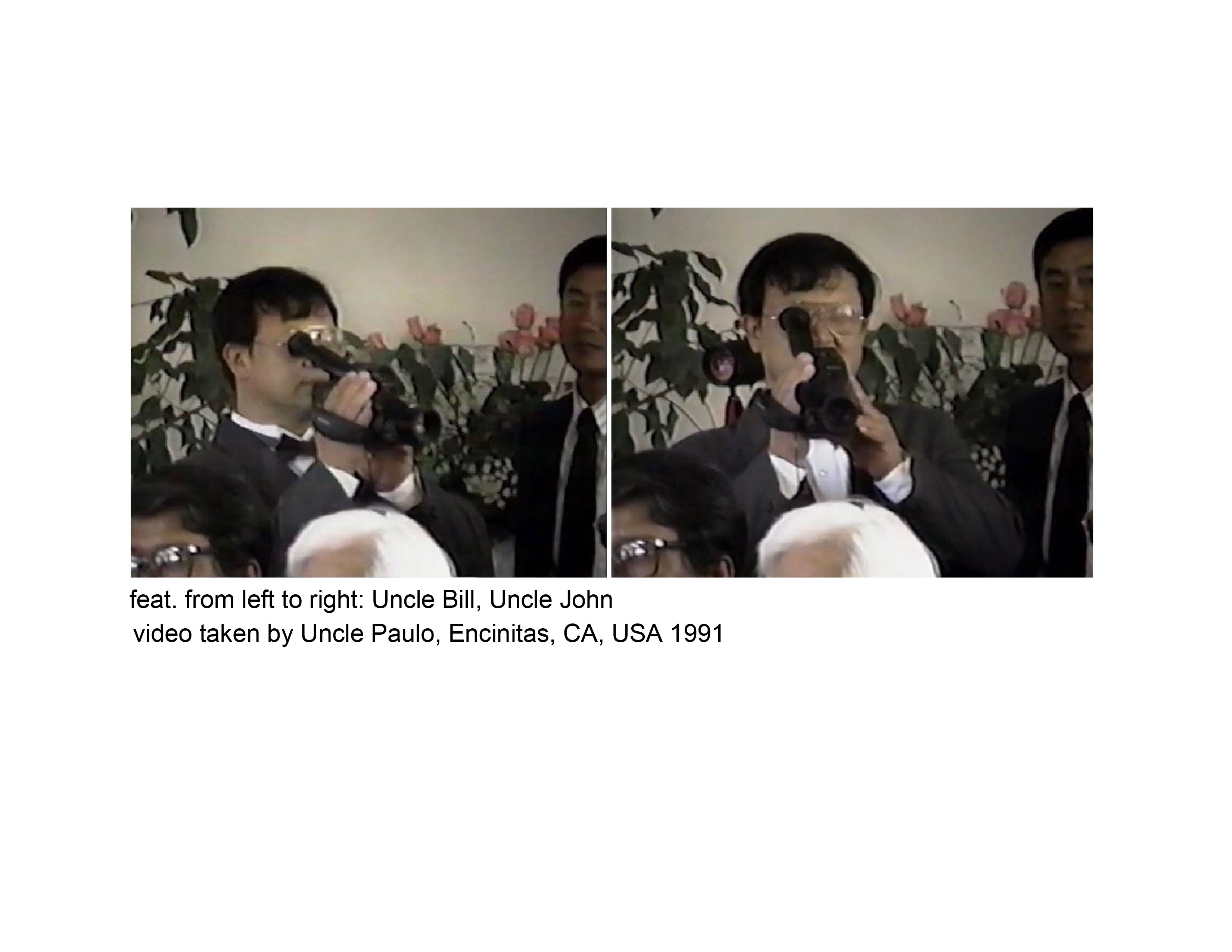 One year has passed since the incident and they finally settle on planting eucalyptus trees between homes instead of building a fence.
Each wears a 3×3 purple cloth, black tunic, black sweats, Nike jogging shoes and carries $5.75 in the pocket of their pants. 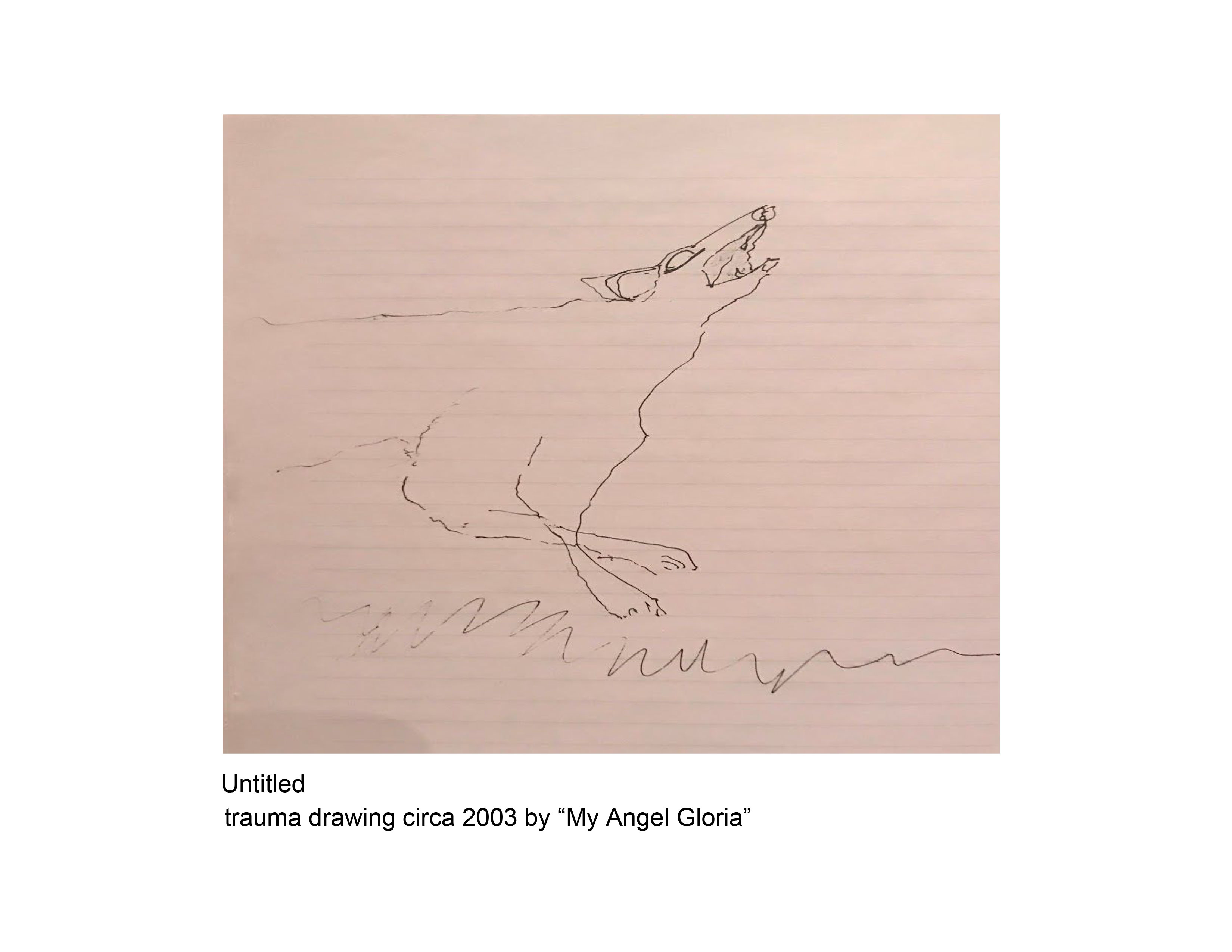 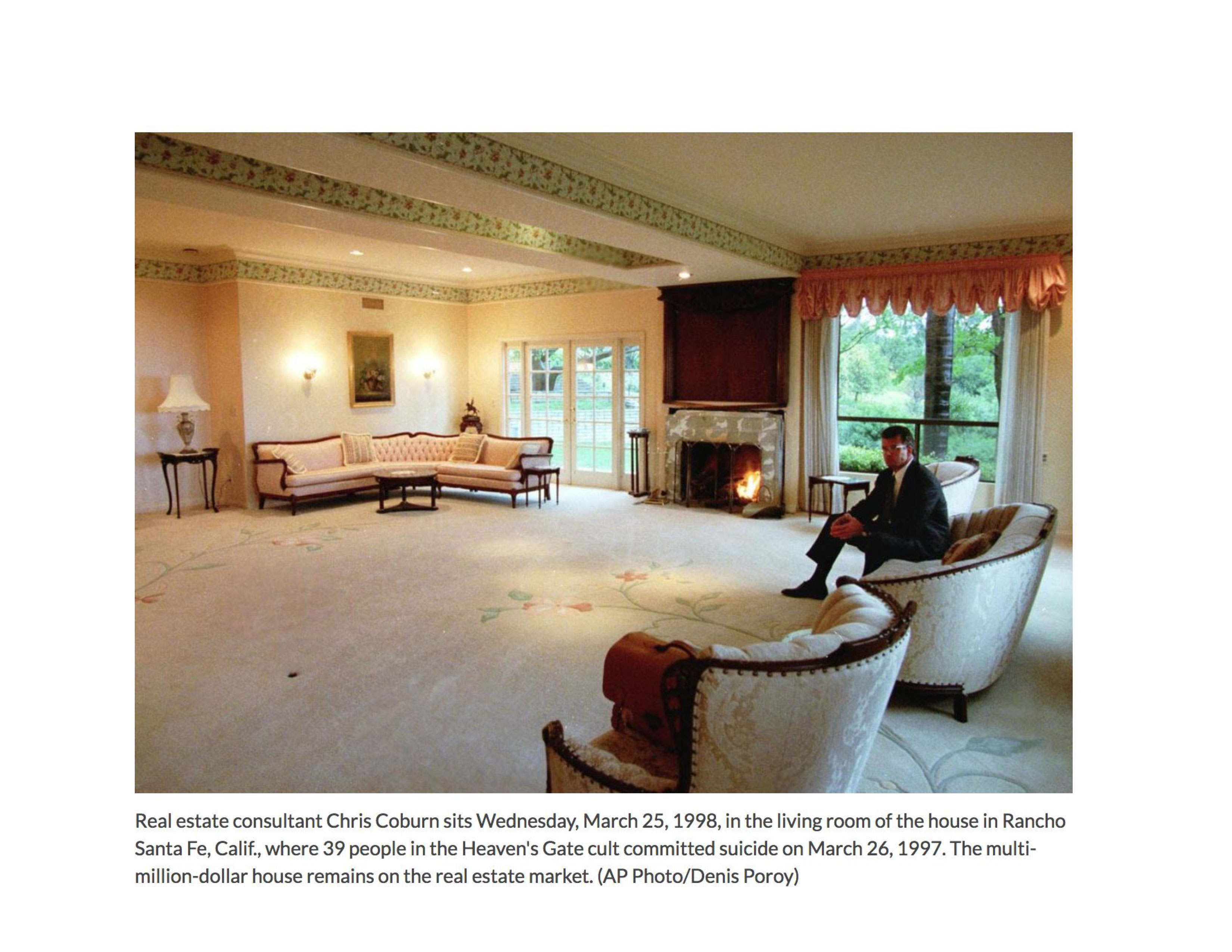 “Arirang” does not translate into one meaning but it does lead to meaningful speculation. Arirang as bodily is the site of blood on the carpet of the multi-million-dollar house, heavier than the 37 deaths themselves.

TRYNA ROLL WITH IT

I read an interview with Finnish pop star Alma when I visited my grandfather in the hospital, he’d hurt his leg and was going to be out soon, this would be irrelevant if his death wasn’t relevant. The interview was angling for a new national hero, maybe there wasn’t much happening with Finnish music outside of the country in 2017, but Alma wanted little to do with Finland anymore, at least that’s the way I read it, she sings in English because she wants the world to know she’s out there…here….she has plans to go to LA and live the pop dream, for a time. I gotta say i’m not much of a fan but I like her. She swears a lot in interviews.

I‘ve dreamt (and I do still dream) of a natural permanence, a physical root running through my spine so deep into the earth, into this land. I’ve thought I’m In Love with it, if that’s possible. It’s a lonely place. To define IT is impossible. For me IT‘s one thing but for the writers of history IT‘s something else.
And IT changes every time! I guess it‘s a big country.
My love has taken me to some fucking–mind–blowing–beauty and some awkward tears-in-the-rain, and all the while i’ve watched letting the soft water wash through my outer and inner planes. I’m still trying to understand it, “tryna roll” with it.
This work is an edited version of a multimedia installation by the artist. A cassette & zine, also an extension of the project, are soon to be released on Tesla Tapes and is supported using public funding by Arts Council England’s AIDF grant.

‘WHY DO I DREAM? A WAY OF LICKING ONESELF CLEAN?’

In my dream, I am swimming. I have been swimming since I was young, was good at it at one point, but stopped due to anxieties concerning shoulders that were too broad and chest that was too flat. It is cogent, now, that I spend a lot of time with the folder saved on my computer that is dedicated to images of female swimmers with shoulders built like a front of a car. I am swimming. Precisely, so that my fingers are held stiff together thumb tucked into palm as I enter the water fingertips first, I do this gently so that the surface remains undisturbed. I slide the rest of my arm in.

To lick something clean is to be careful, to take time examining and cleaning oneself with love and precision. To be attentive. We lick the small hard lump of a mosquito bite or the red of a cut: the antibacterial properties of saliva. Licking, then, comes after a trauma, to lick a wound is to try and heal a rip. Yet saliva alone cannot close a wound, licking can only ever be short-lived relief. We know that it will not suffice in attaining “healed” but we do it anyway, because it helps. It is pleasurable to feel the inside of oneself when tongue makes contact with a break in the skin, to caress skin and flesh alike.

The most important thing about swimming front crawl is that your stack your eyes correctly: don’t try and look forward, but look down at the floor of the pool keeping your spine long. Look down, not forward, and you will cut through the water more easily. A friend told me this joke once about how when you first move to London you spend all your time looking up, up at the tallest buildings that crowd out the sky, but soon you get a crick in your neck because you’re looking down searching for pennies on the pavement. I am swimming.

Licking oneself is also an idiom for withdrawal, to take respite from conflict by way of preparation. Preparation: being with oneself, one’s body, one’s skin, not as a whole thing but something that is hurting. To be away from conflict with others is to see the conflict with oneself. It is to take notice of the fractures and disorderliness that organises the body and its surfaces. It is to taste your own saltiness, and to be with it.

As I swim I start to part my lips, sucking in liquid that tastes like chlorine and piss. I broaden the cavern of my mouth as I start gulping liquid down. I love this taste—chemicals and salt—I want to be heavy with it, bloated. As I swim I sink further beneath the surface, held in liquid, almost gelatinous. I am held there, coddled, my elegant, practiced movements constricted. I open my mouth wider to let the urine and CI into my body, let them fill up my insides with taste and texture so that my skin is stinging and rising nervous pleasure from the outside in.

I stuff my mouth with familiar fingers and thumbs, wanting of my tongue, its alien roughness gentle.

I think of this pleasure often, of being drowned, of being restricted and dominated. I think about it as I’m on the bus, or standing around at work, whilst I caress the roof of my mouth with the tip of a tongue. I feel this caress behind my eyes, concentrating on how it organises my direction of looking. I lick bellybutton downwards.