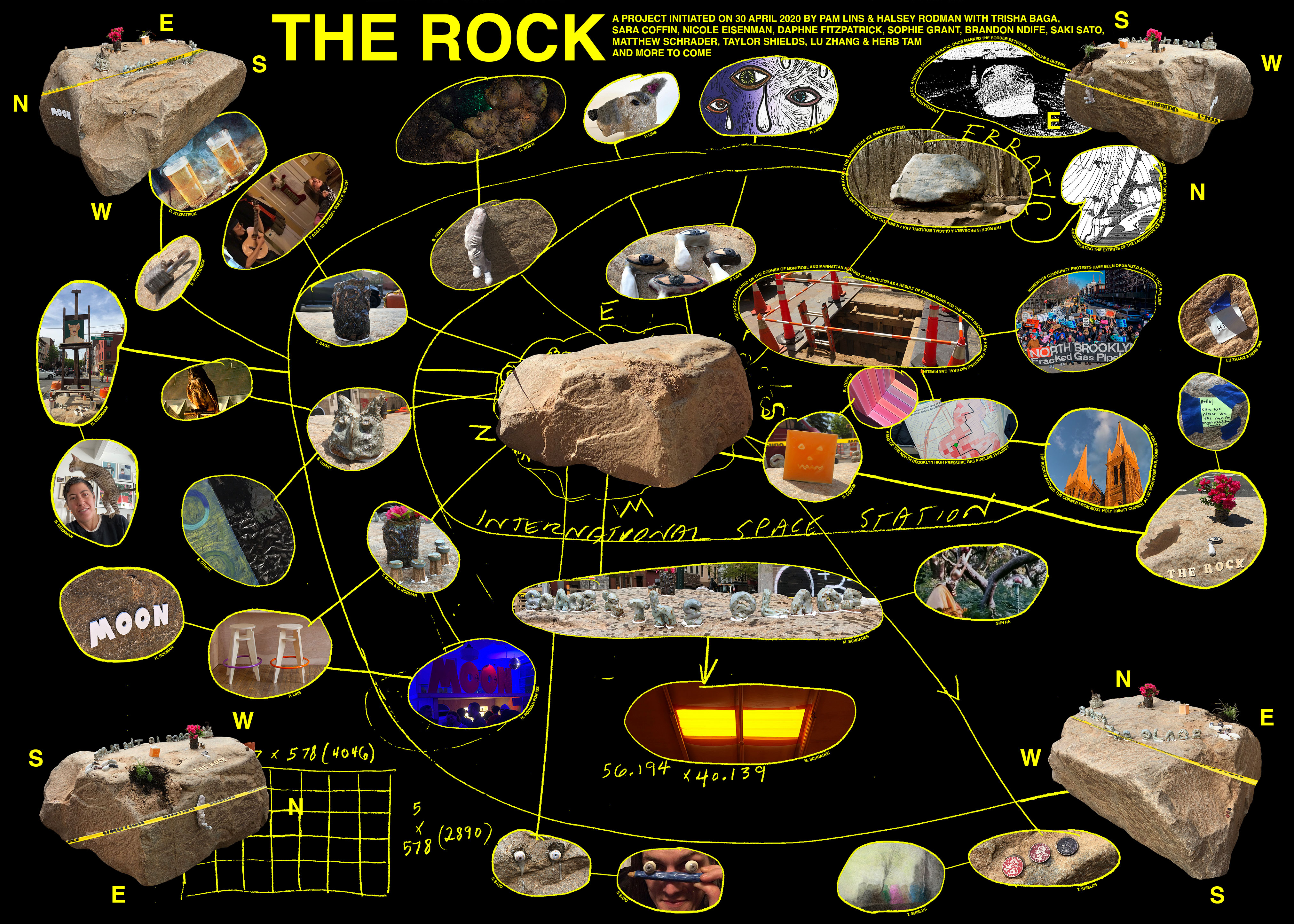 On May 1st, during the Corona Virus shelter-in-place orders, we started a monument on a gigantic rock placed in a parking space on the corner of Montrose and Manhattan Avenues. The rock was unearthed during the excavations for a new high pressure gas line and stayed on the corner after the street work was halted because of Corona Virus.

We’ve always thought the city worked so well with its instant, makeshift, and pop-up memorials to events and people such as 9/11, the ghost bikes, Stonewall, Eric Garner, David Bowie and so many more. These memorials connect lives disrupted and the lives of victims long before a permanent memorial can be constructed. And they are constructed in a completely different time sphere than a permanent marker.

We now have sophisticated and slow processes that commission and design permanent memorials in NYC. We grapple with what should be done with a good number of our past memorials, as many of the monuments are torn down and we contemplate who and what should be figured in them. Monuments themselves, in any form, are forever pointing to the next moment in time. As NYC essential construction workers go back to work it may not be long before THE ROCK goes back in the ground.

THE ROCK presents itself as a beautiful pedestal. We started a temporary monument to the neighborhood and NYC that reflects on all the types of loss the city is experiencing. At the same time, THE ROCK offers a site for everyday passersby to experience a spontaneously changing view with continuous additions from friends and anonymous contributors. THE ROCK makes space for a range of reactions and emotions, existing somewhere between pedestal, neighborhood monument, beautiful found rock, and ephemeral gallery.

And were you in any way aware of his criminal behaviour?

But he did live with you for the whole of last year is that correct ma’am?

Yes but I thought, well he said he was taking night classes and that’s why he was always out late and…I just… i didn’t know..

So you didn’t notice anything suspicious?  Late nights, phone calls, friends coming in and out,packages, extra cash, new clothes, phones, jewelry nothing like that?

Listen I just trusted what he was telling me, He’s my son okay… I really believed he had turned it all around and everything good was gonna finally happen for him..

After the interview, the detectives allow Ms Ginny to leave the precinct, and as she walks out the doors back onto the loud and busy street, she sighs and swallows deeply like a gulp for air.  Her face frozen still with pain and sadness that only a mother can have over her son.

Could you please state your name and your relationship to the suspect?

We used to be boys.

And again state your name for the record.

My name’s Tony, but Jim Bob called me Toolie

Can you describe his personality?

He seemed calm most of the times..and then he wasn’t, you know…. like  he could look at you and maybe he wanted to kill you or hug you..

So what’s the difference

He was only there half the time, and thats why I’m stuck here with chained to this desk talking to you assholes…fuck JimBob, trouble came real quick at that club, which we shouldn’t have even been at..and now i gotta take full responsibility for that asshole

The Club was a massive pitch of immense blackness and only sharp blades of light piercing that black in accordance to the music, which was loud and electronic.  Can you see those big boys up there Toolie, Oh yea i see them.  We need to get up there then and grab that tall skinny one, cuz he knows who stole our package, you see him Toolie, yea i see him, he looks like a bitch.

JimBob wanted to go to the bar but Toolie was off already, his sweaty shoulders swaying goodbye into the crowd headed up the stairs to the VIP.  He had already ripped his hoodie off and Jim was surprised Toolie still had his black tank top on…Jim whistled loud enough, and in moments he could see Toolie’s big shoulders emerge from between two girls dancing with each other.

He had big eyes and big lips.

The bartender looks like a complete train wreck, so Jim just grabs a tequila bottle from the first shelf as the bartender turns the other way.  They pass the bottle back and forth to each other for some time, first taking small sips then bigger sips, then fully swilling the bottle.  Then someone random comes up to Toolie and starts talking, Toolie motions  to the guy  with a finger wave to talk into his ear. Toolie eyes are glossed over and he nods here and there, and then JimBob sees a tear running down his cheek followed by another one. Then the random guy walks away

Yo who the hell was that

Hey you hear me

I dunno who it was

Then they both turn back around and stare straight up at the tall skinny guy dancing at the VIP on the second floor.

Bro either ur used or ur not, you know what i mean, so dont look at me like that cuz you fucking owe me

Toolie can’t really hear what Jim is saying to him, he stares at him and his mouth, having a sense of what he’s talking about, which he presumes is the time JimBob took care of that Cop that was running games on him.  He breathes heavily through his nose because his mouth is clenched tight, afraid of what might come out.

You fucked my life up

I shouldn’t be here with you

I don’t want to be here

Do you see all these people here?  We should be like everyone else here

Look at at them, their smiling and their happy,

Do you see them dancing

JimBob can’t hear what Toolie is saying, he thinks he’s too drunk, pointing at the crowd with extravagant arm gestures.

Hey Toolie quit it ok cuz it’s  time to get the job done.

Anyways the night went downhill from this point on

Nothing went to plan at all, and they fucked up real bad grabbing the wrong guy and letting their guns loose

and as they both get their heads lowered into the cop cars in the early morning hours, , Jim Bob sees a kid getting wheeled along the sidewalk with his dad, he sees a newspaper under the dads arm and his other arm is pushing the chair.

He wants to cry and feels shame about his own problems in comparison to that kid whose body is frozen in a wheelchair,  and whose mouth is open forever.

As the Judge reads Jim Bob’s sentence, he can’t control his breathing because his heart is beating too fast, and all he wishes for right now is to just pass out.

Time stands still as they say and seconds pass but they don’t seem like seconds, and

everything slows down, and time goes by like long minutes when you’re jogging and want to stop. Then he thinks of all the people staring at him in the courtroom. What were they all  thinking when the unavoidable sentence slowly came out of the judges mouth.

He is motionless, fuck, his brain is on fire and he’s swallowing so much saliva his mouth starts to shake.

Then suddenly all of JimBob’s memories are present at once and he closes his eyes.

He remembers as a little kid the smell of sunscreen on his Mom’s skin, when he ran to her after swimming in the ocean and would place his head against her stomach, or the minute that passed as he held his breath under the water  wanting to impress her, wouldn’t she have been scared for him, didn’t she worry that she couldn’t see him..

JimBob  thinks  if he can stay here long enough and think harder,  that everything will go away and he can restart…He knew he was desperate.

Then he remembers when he was older and in love and that out of love, and then back again. Now he’s in a club and it’s dark, the music’s so loud and he’s drunk and happy and even though he can’t see them he knows his friends are there and he’s dancing.

When Jimbob slowly opens his eyes again and sees the courtroom officer walking towards him, his heart sinks and he feels sick.  He begins to shake when the bailor puts Jim’s hands behind his back and cuffs them together. And as the officer leads JimBob out the gate door exiting the courtroom and back down into the cells, he quickly realises he’s gonna have to forget all this shit if he’s gonna survive the next 20 years in prison. 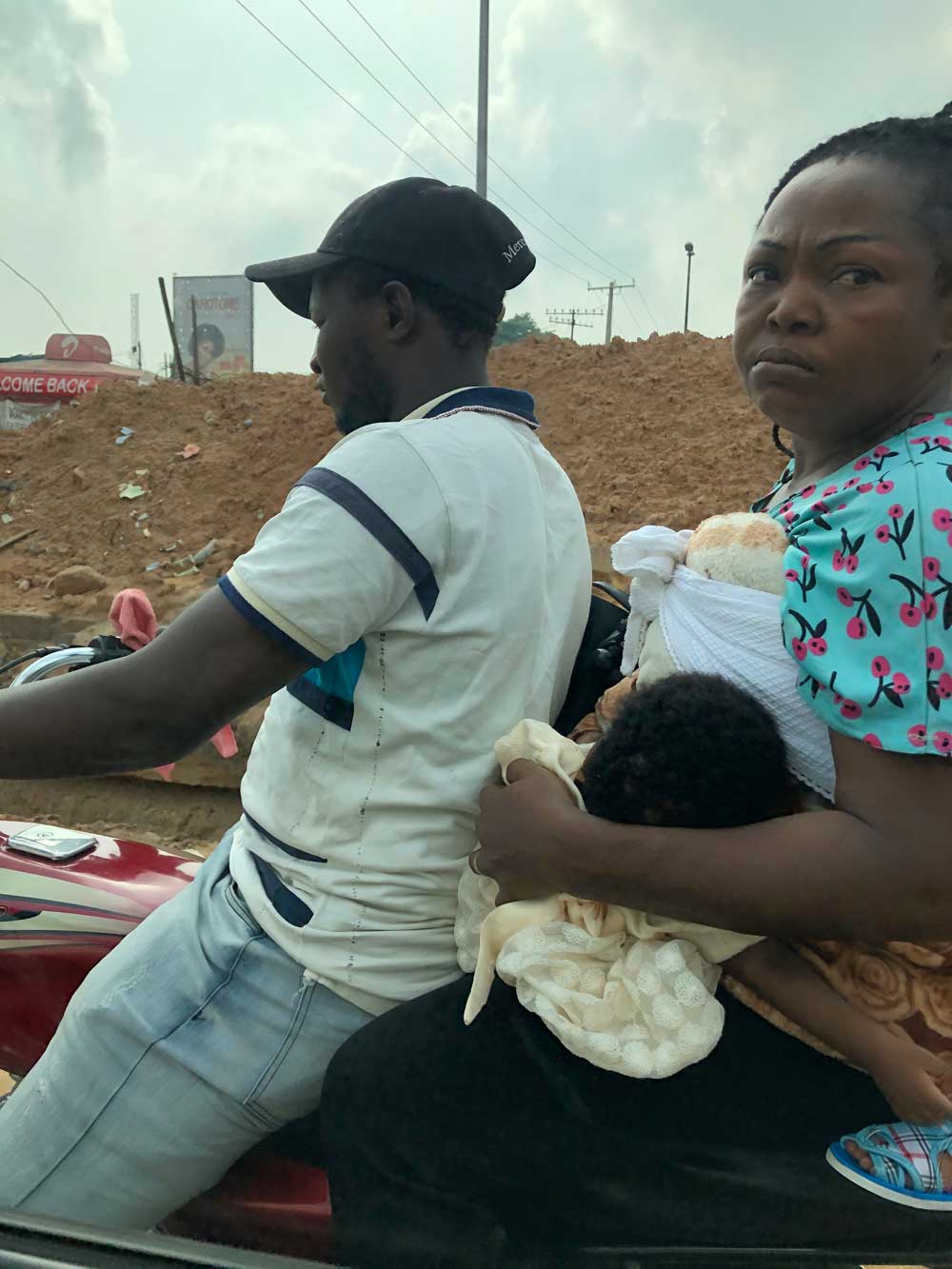 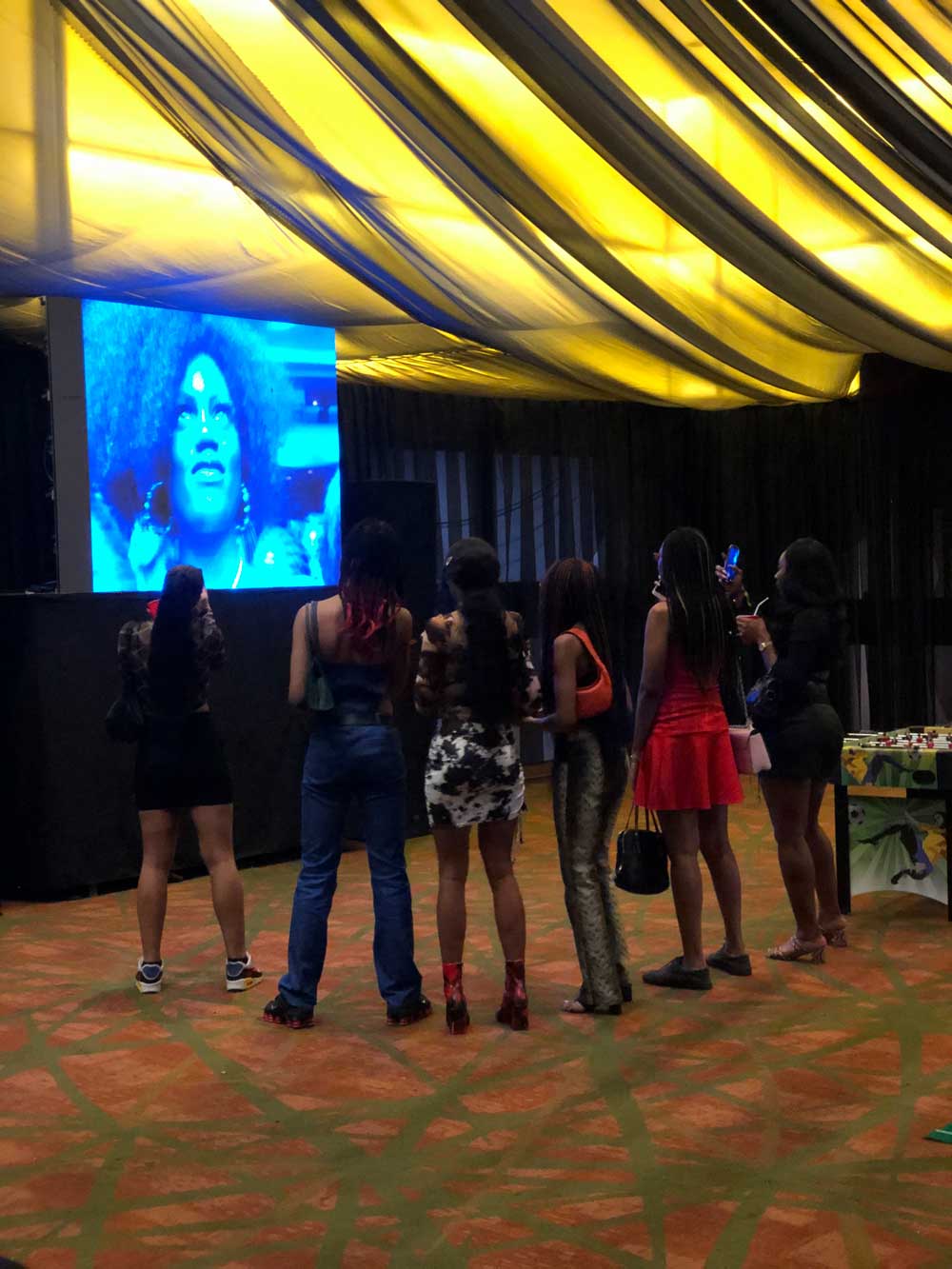 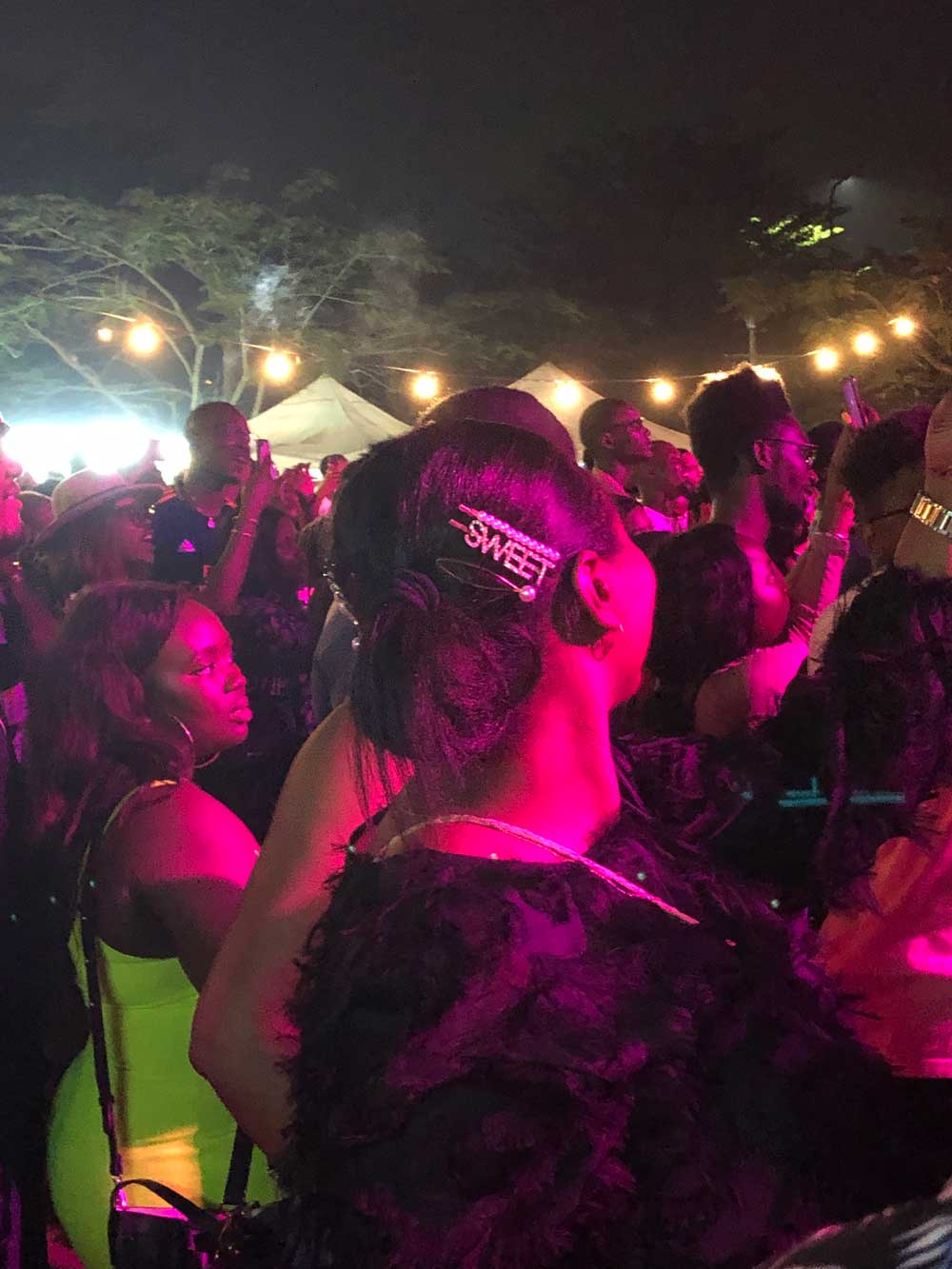 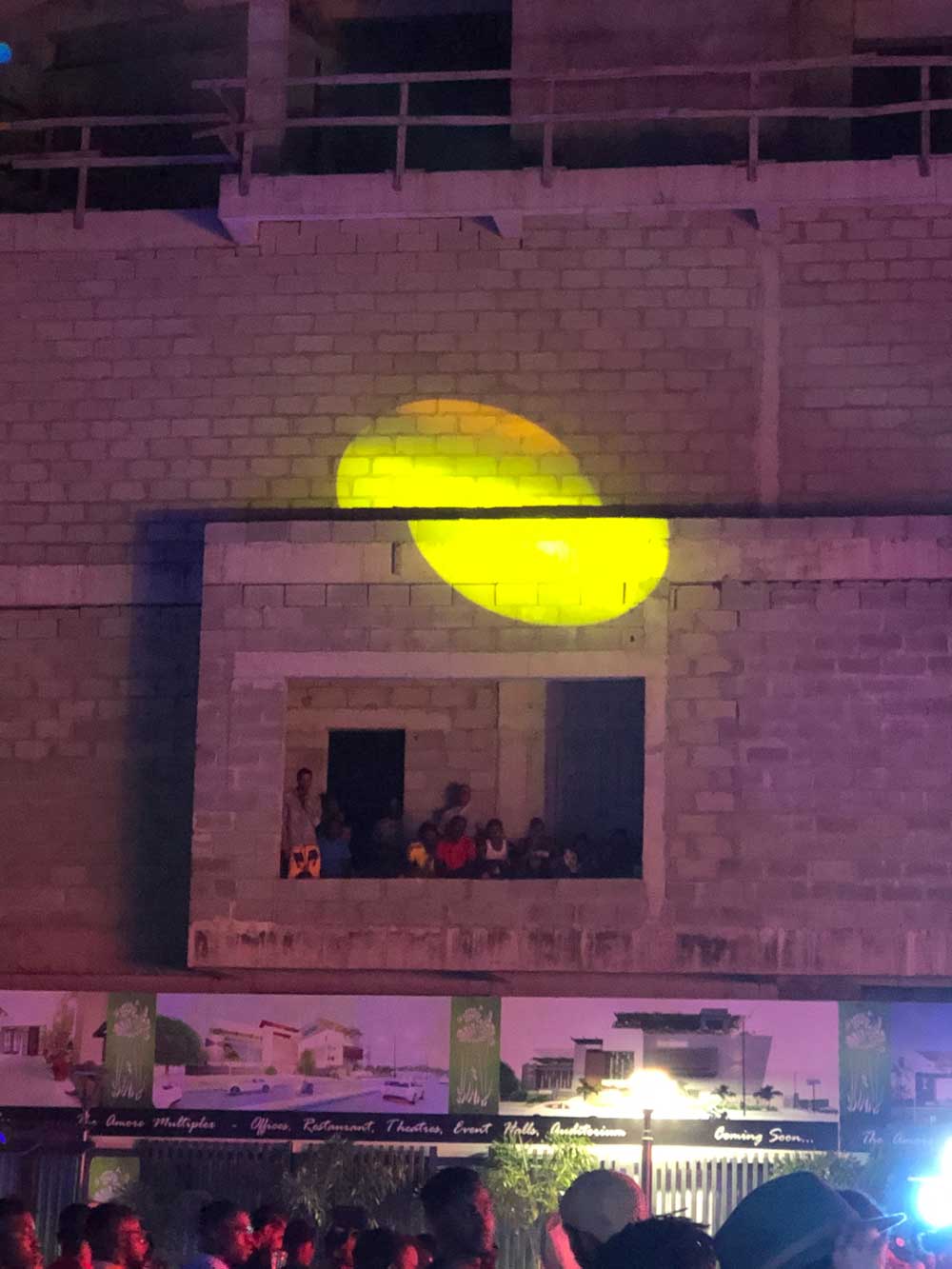 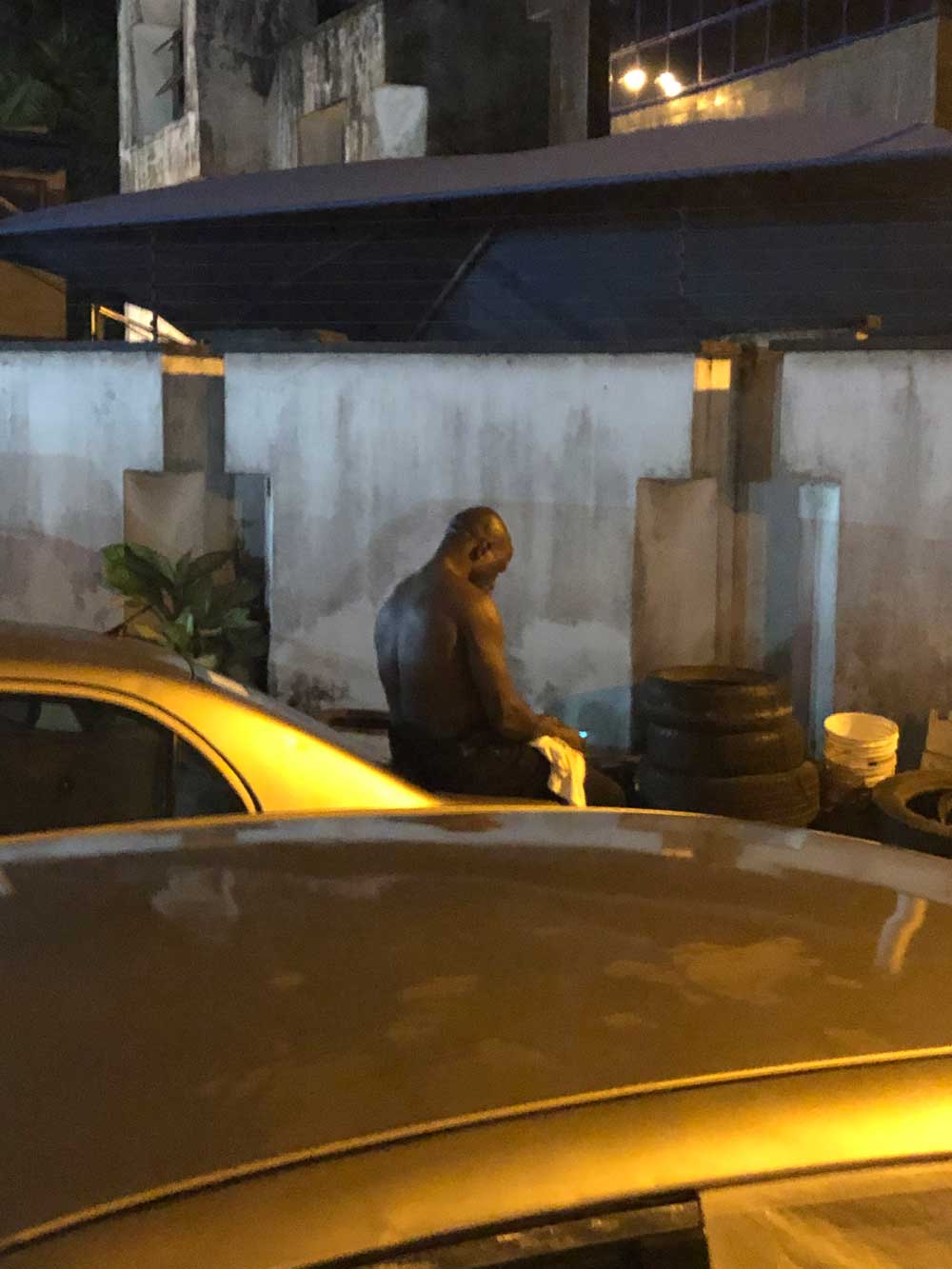 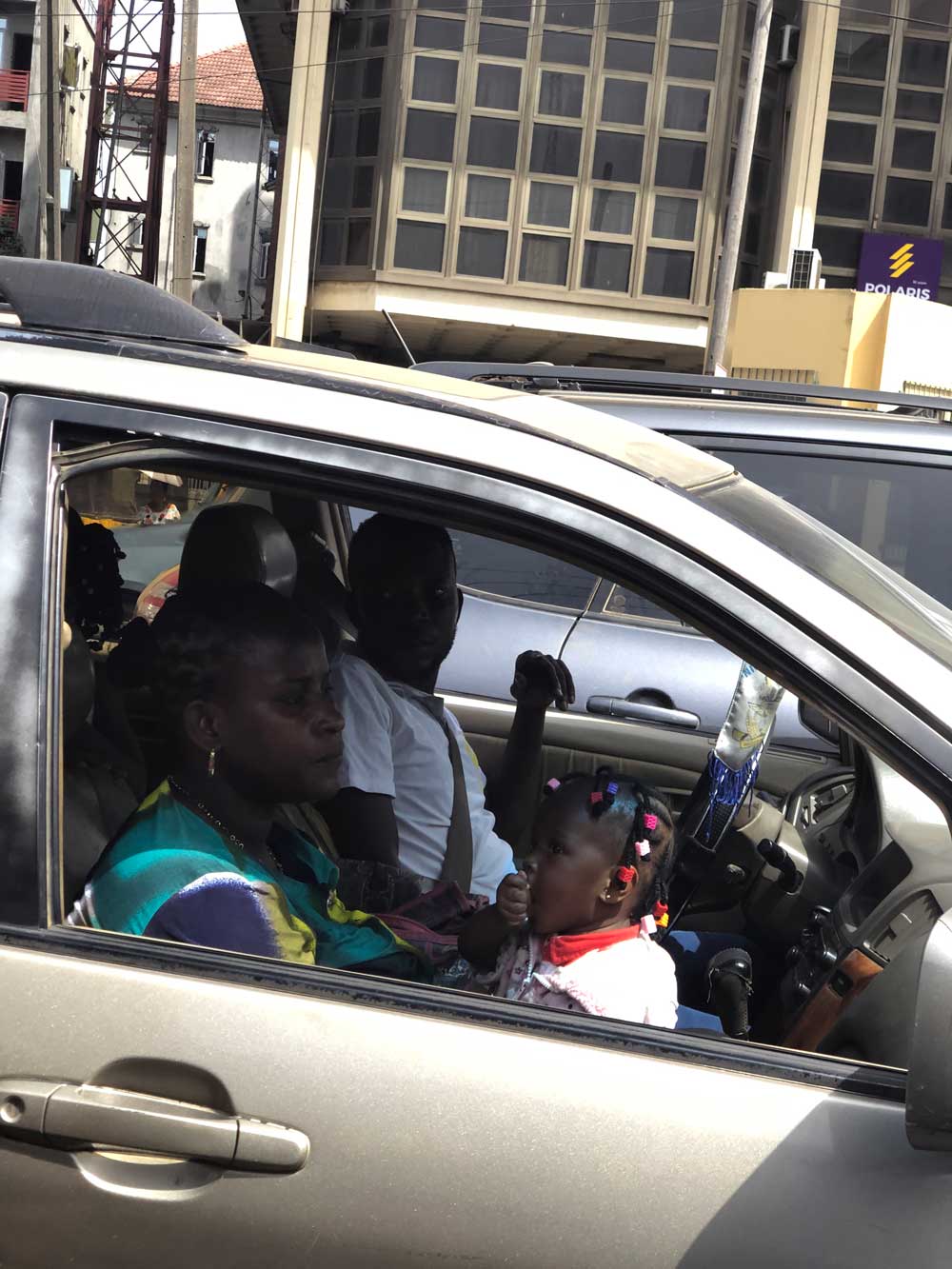 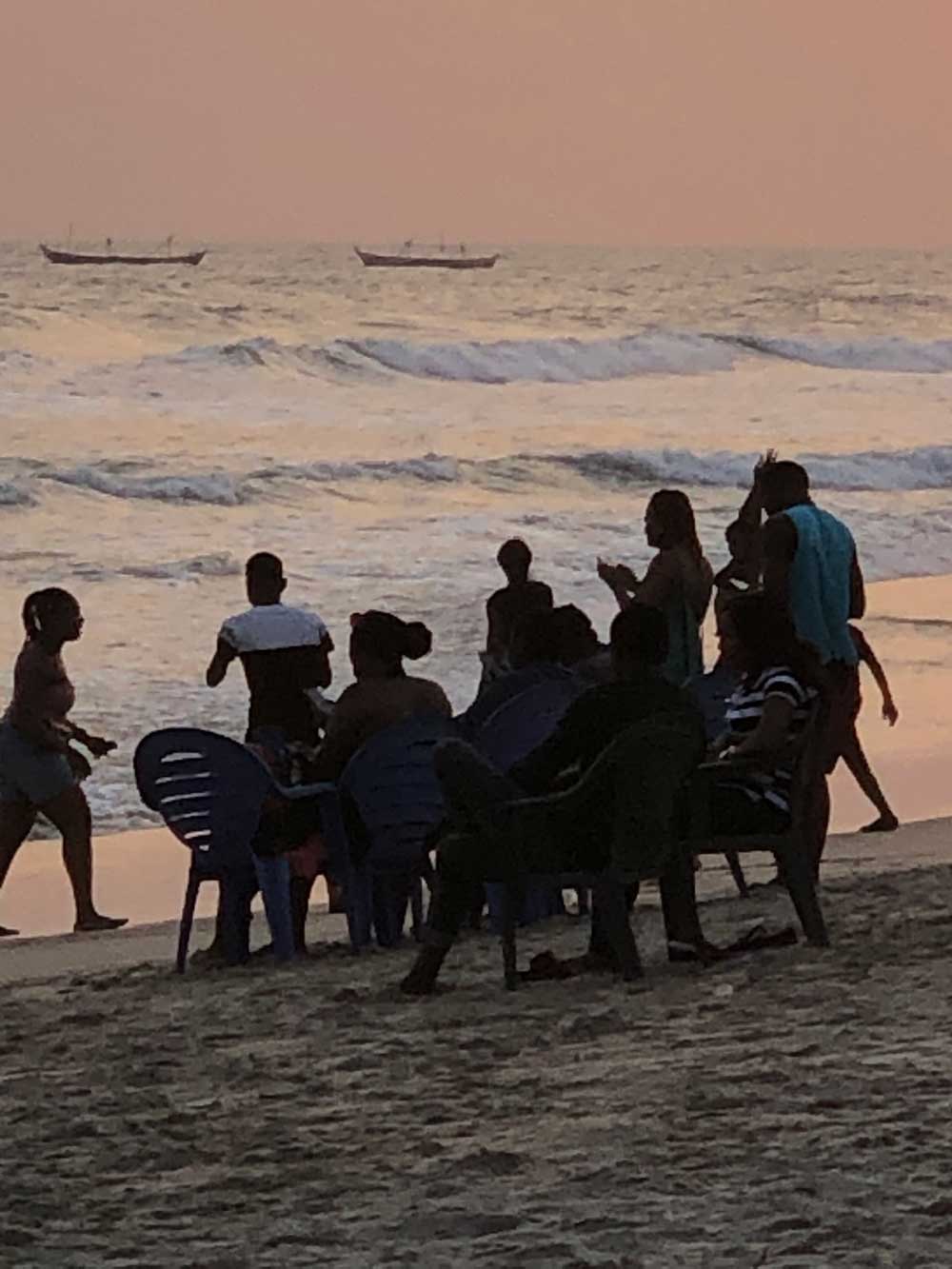 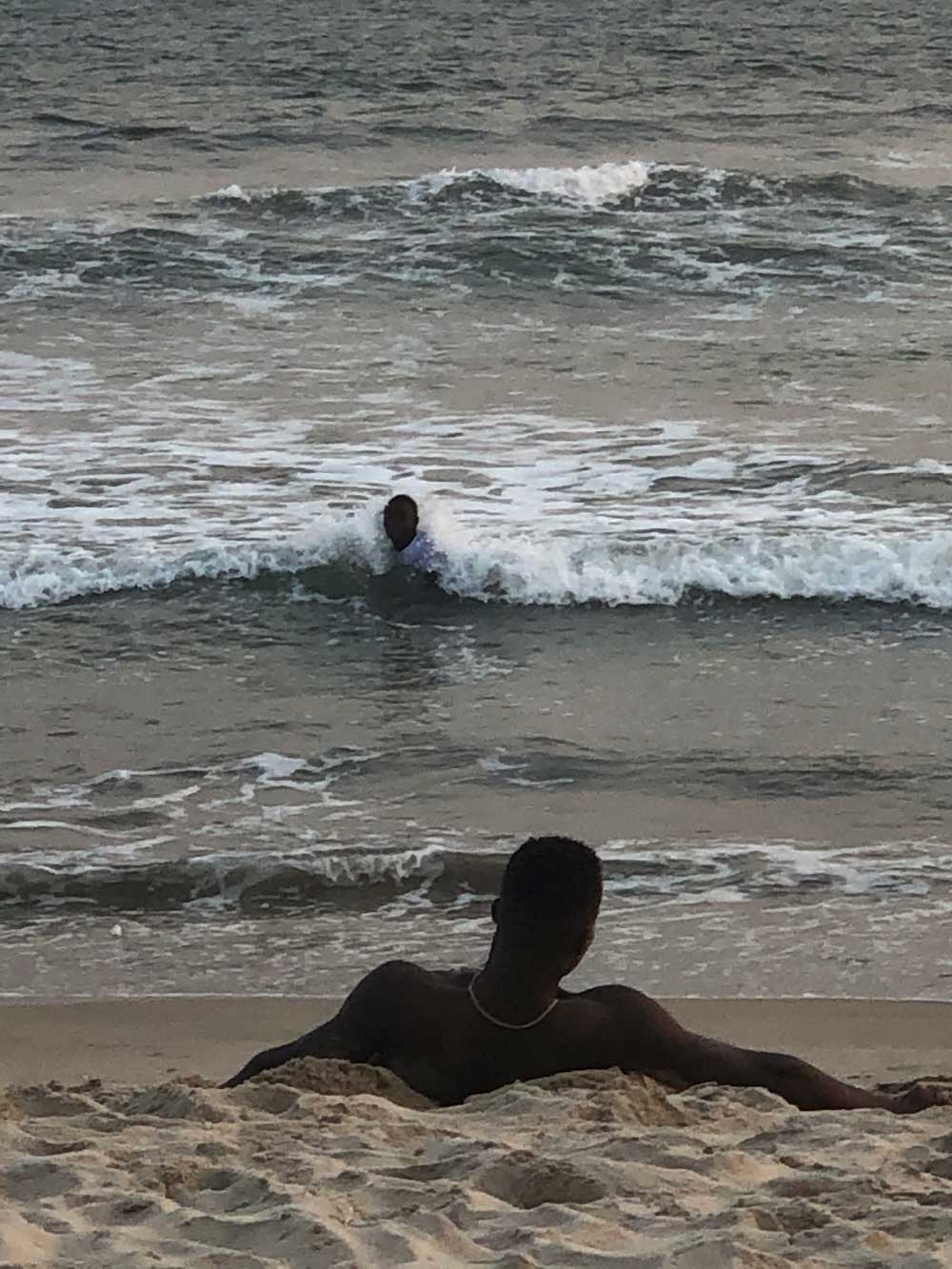 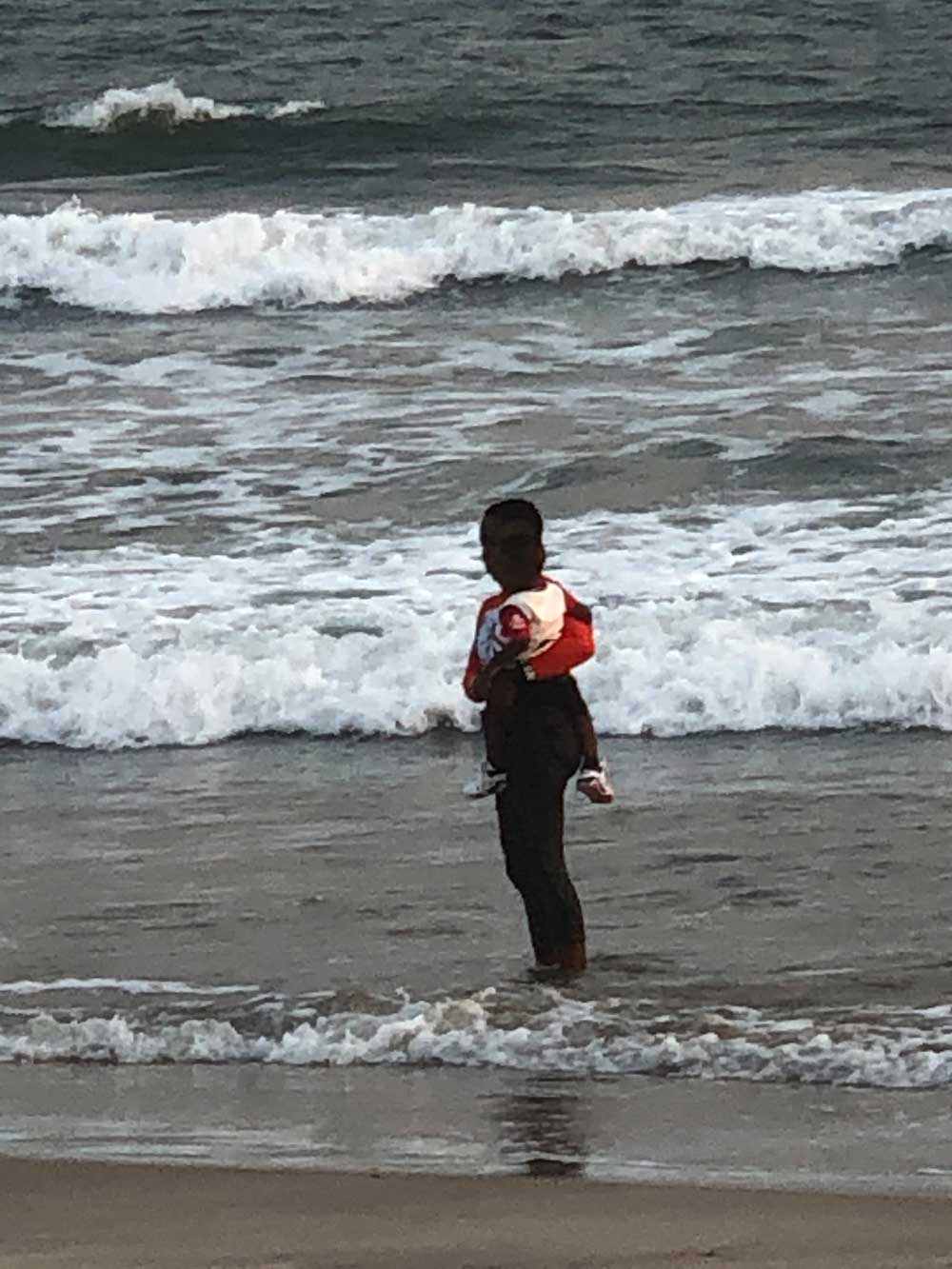 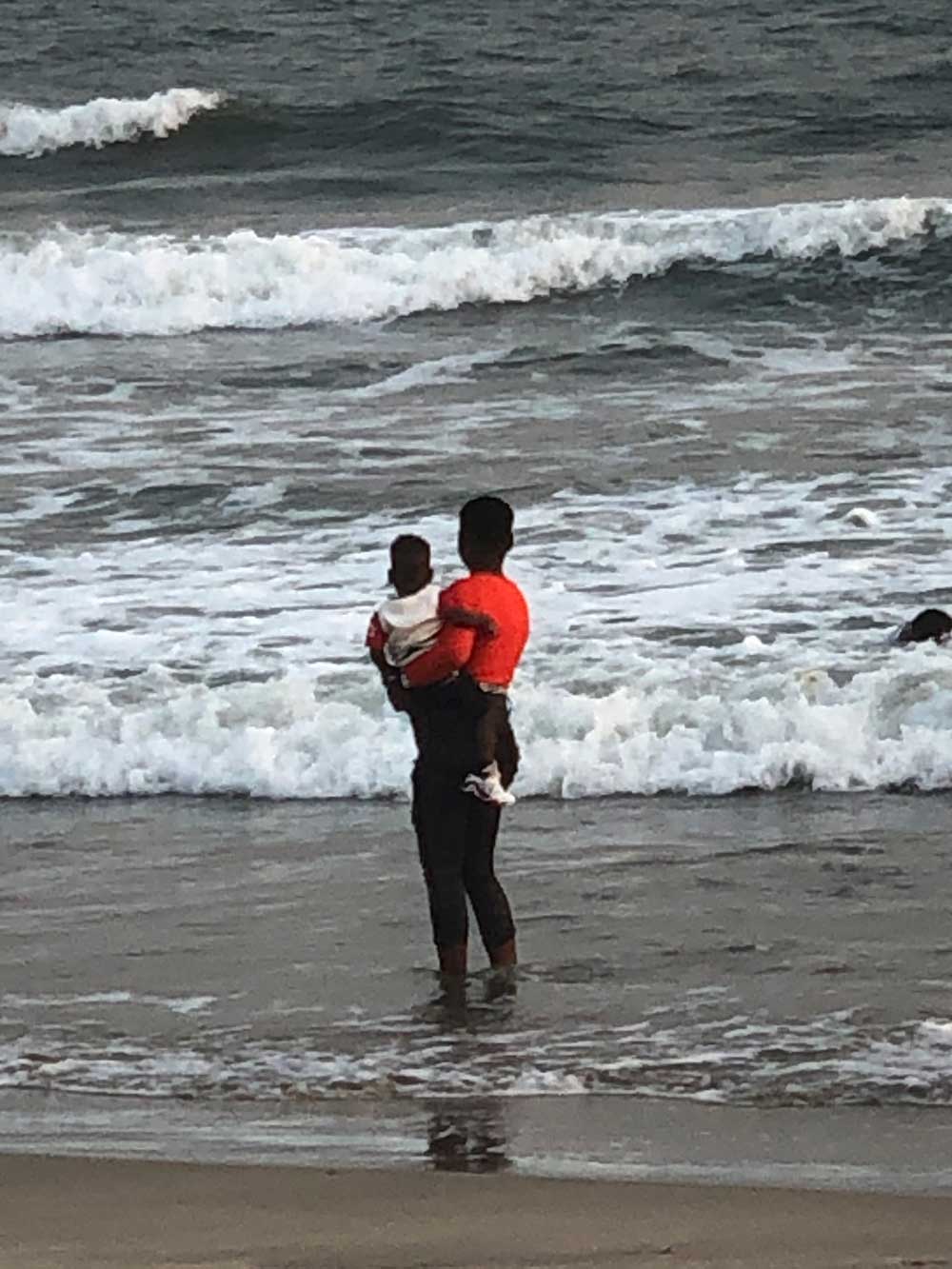 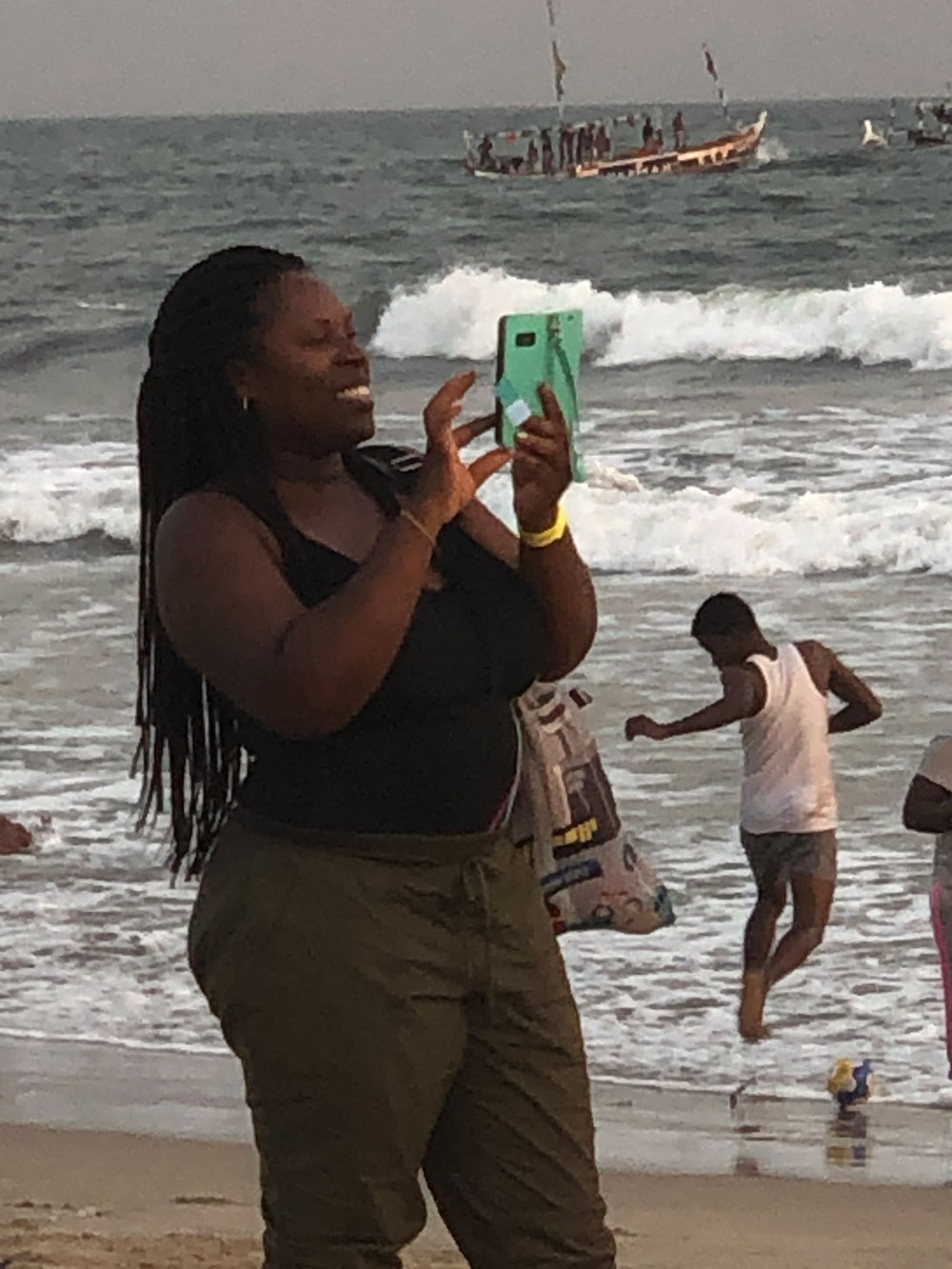 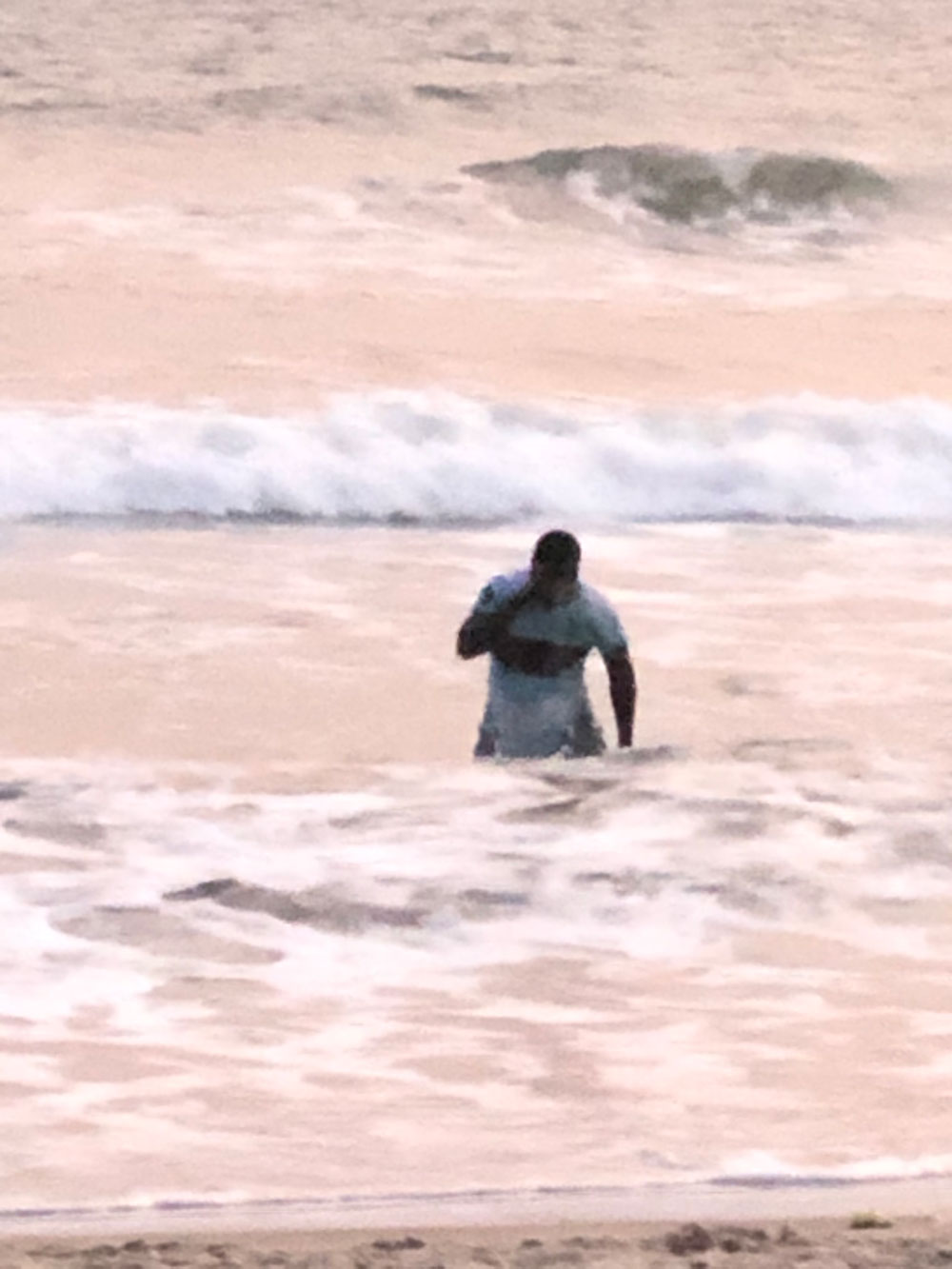 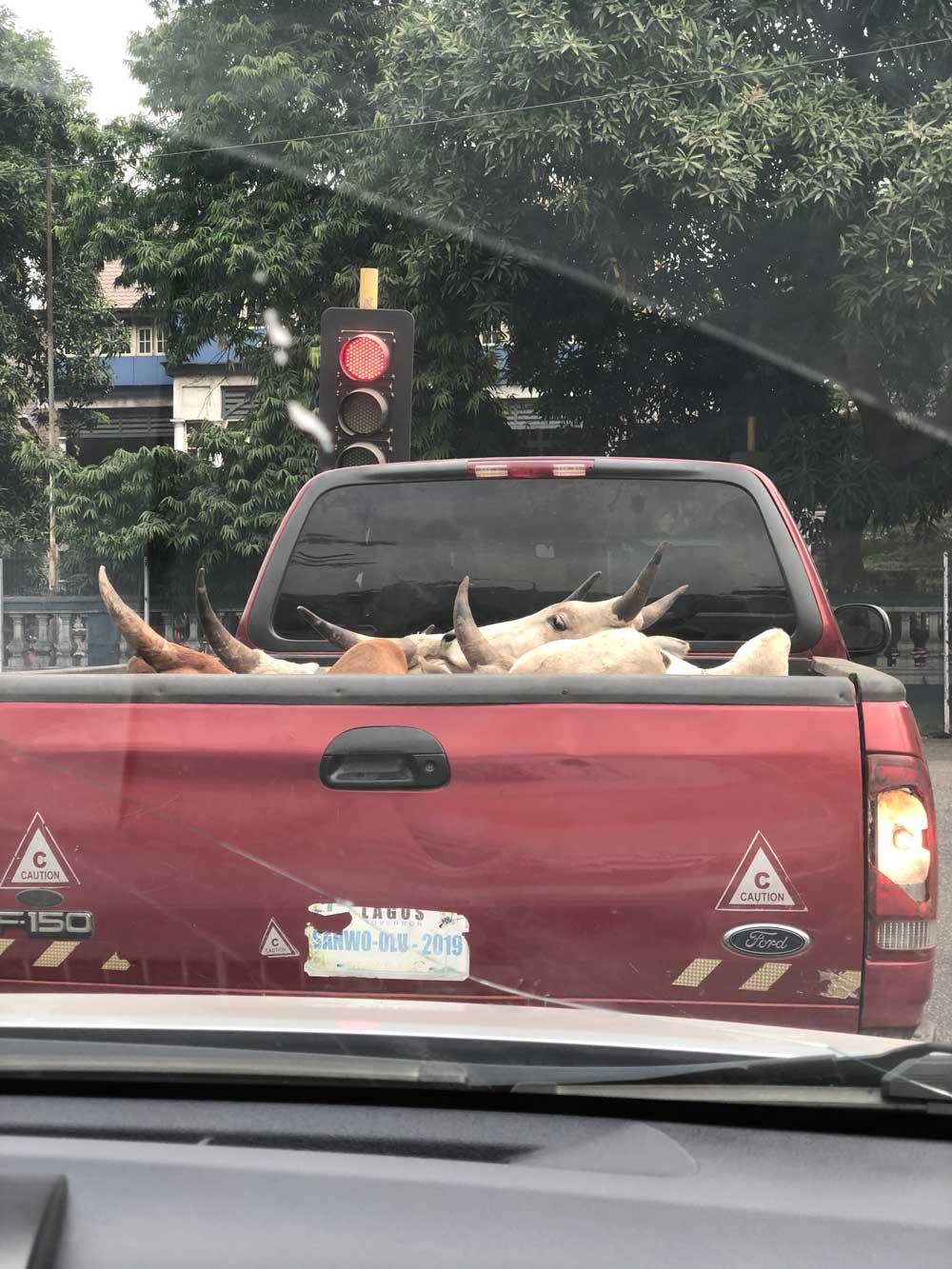 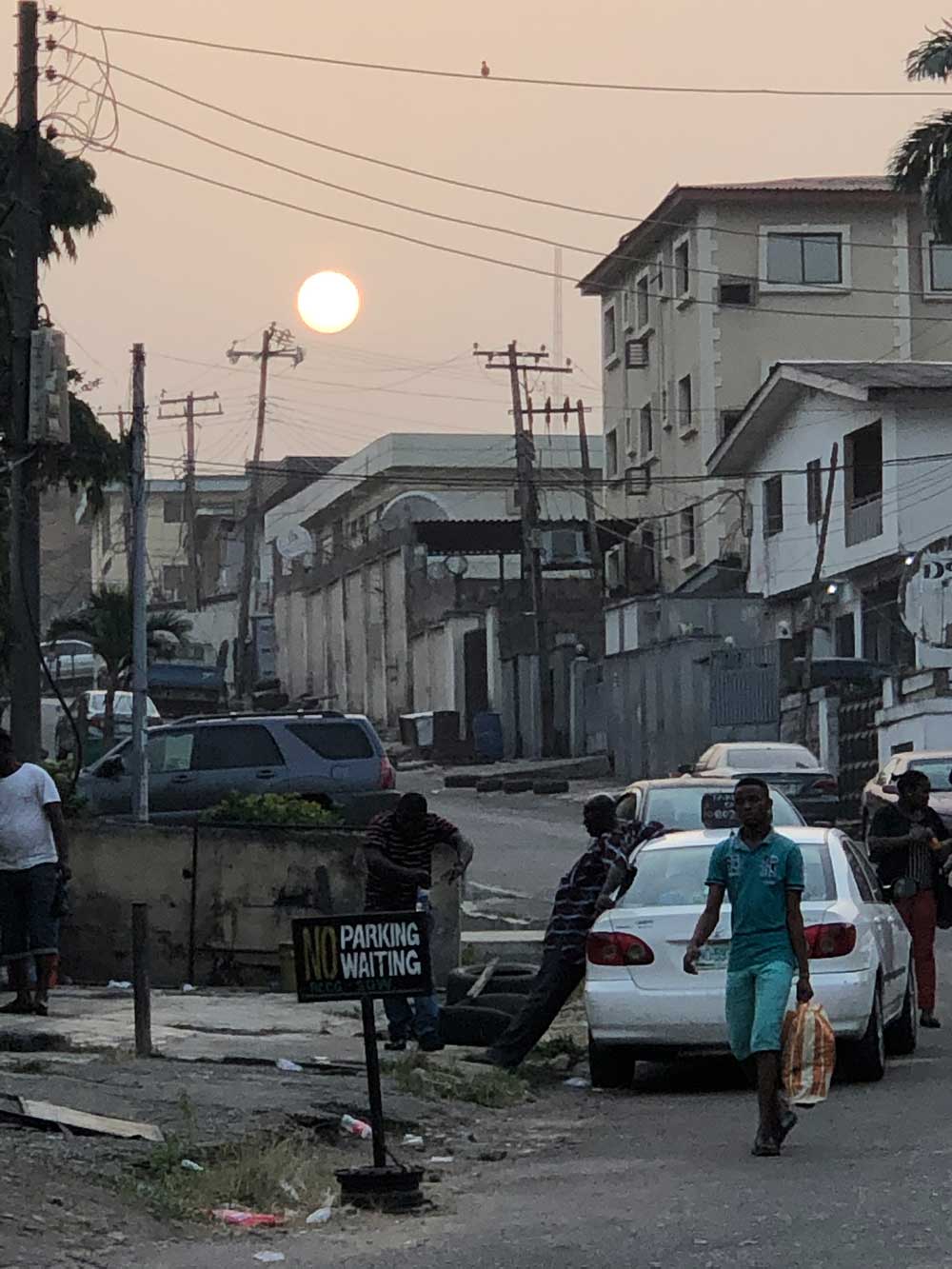 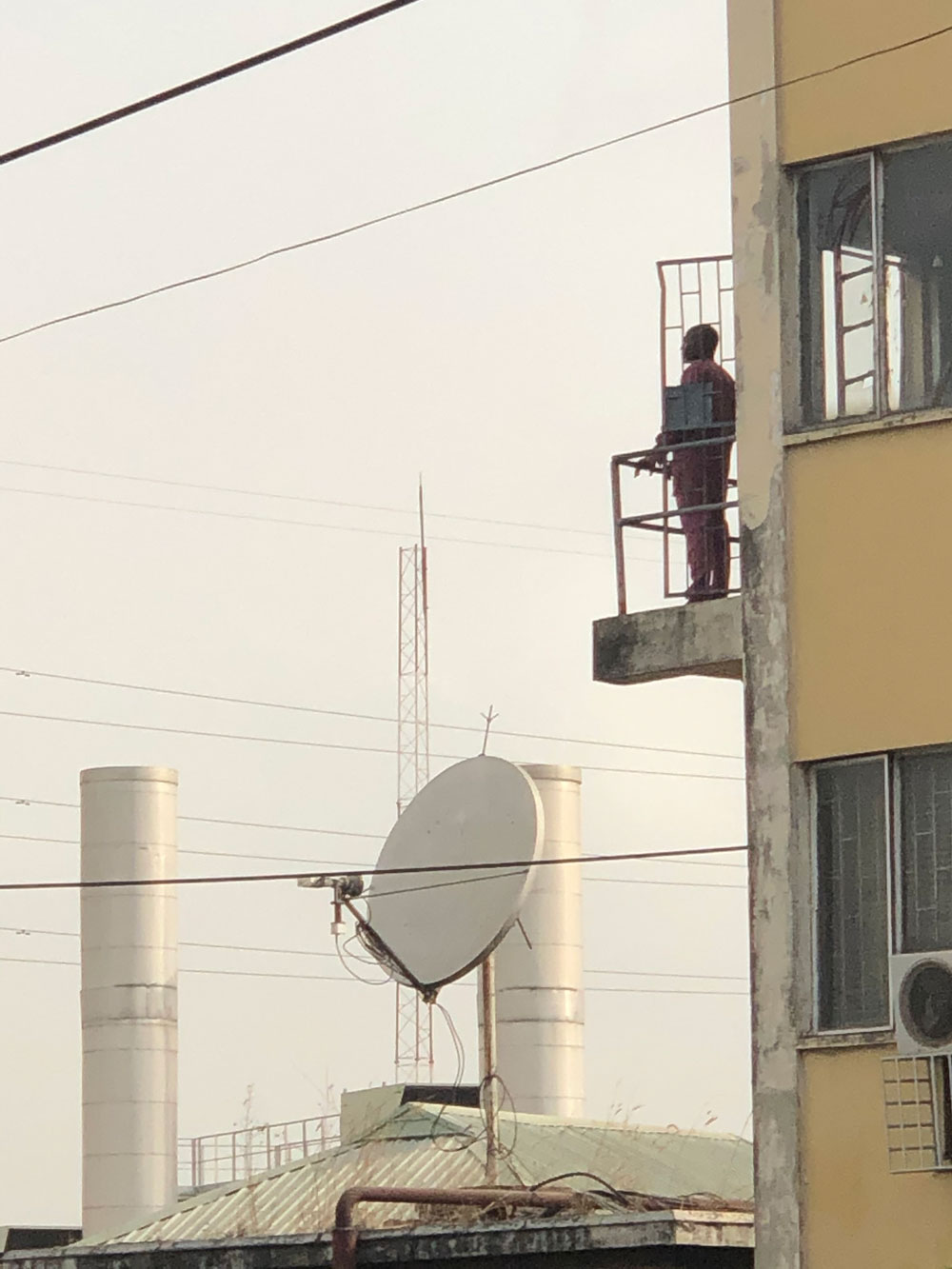 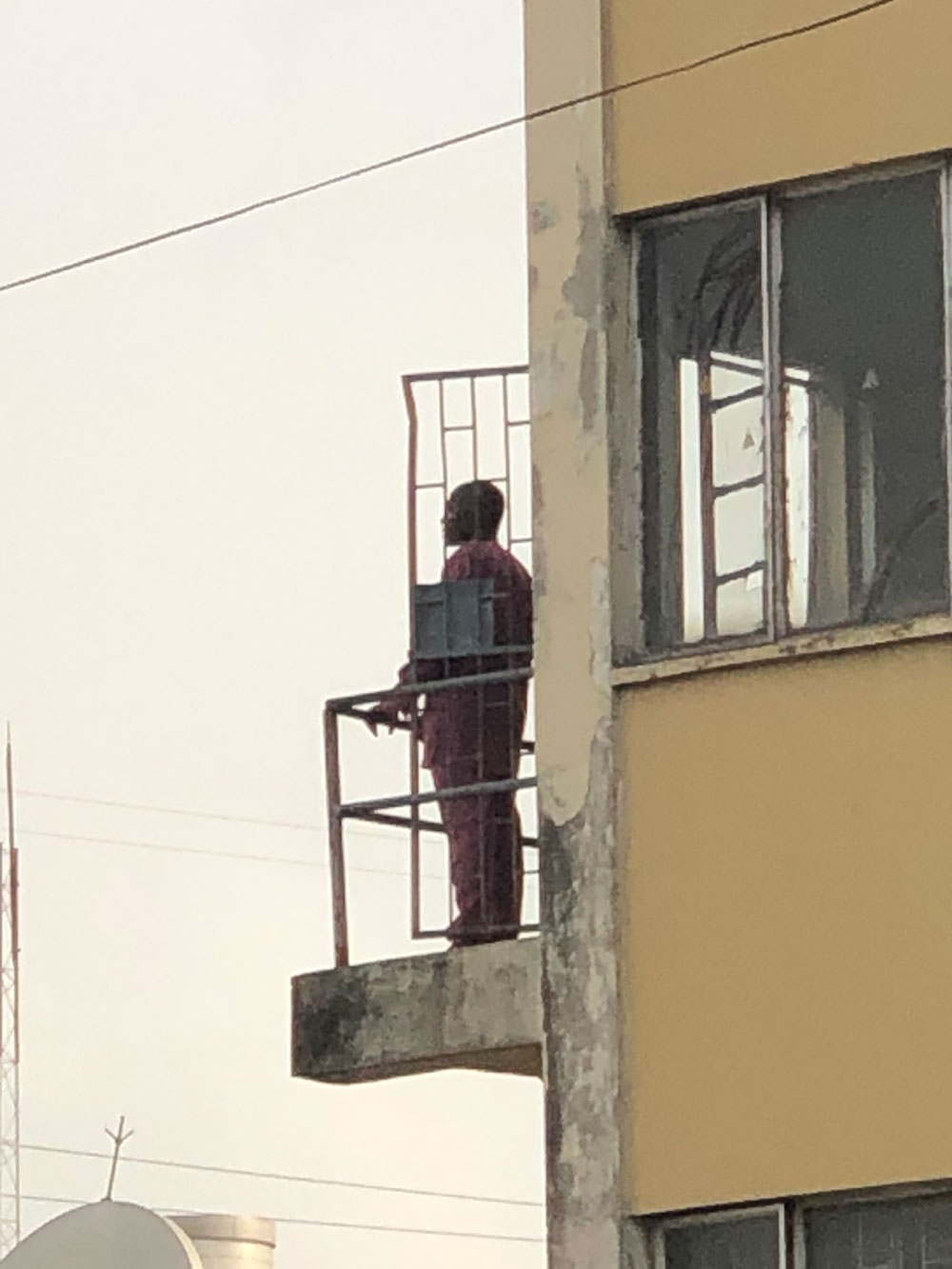 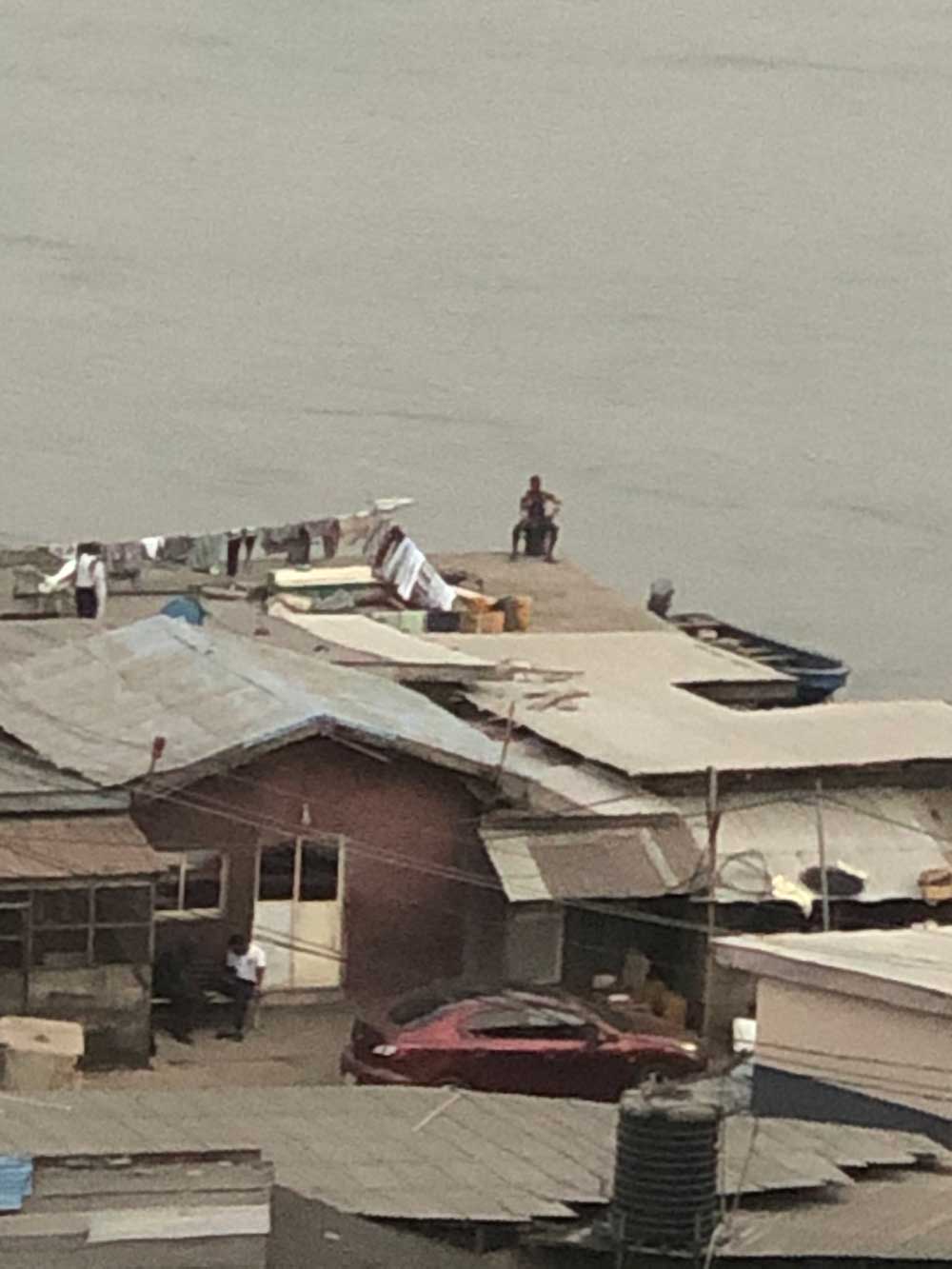 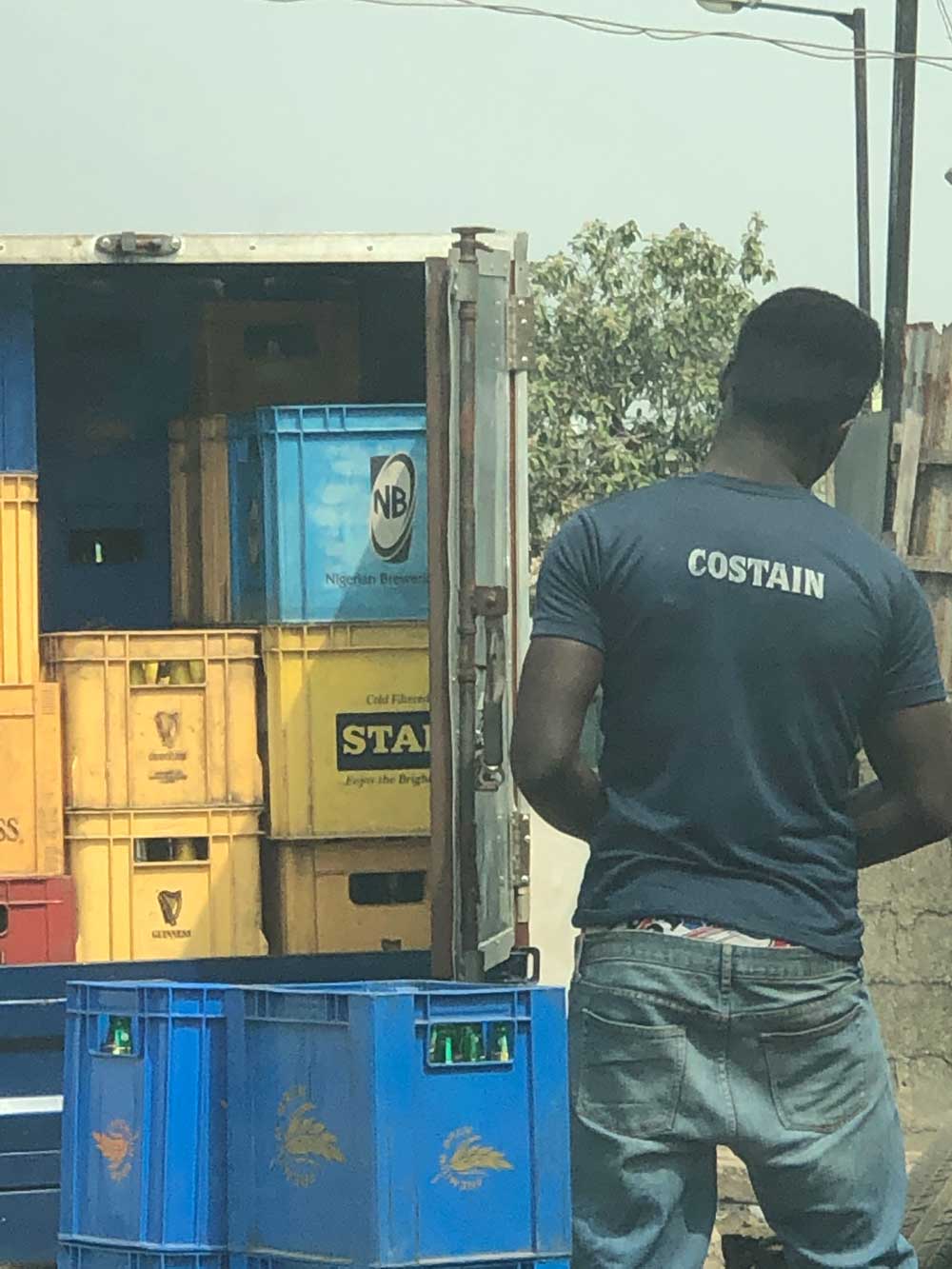 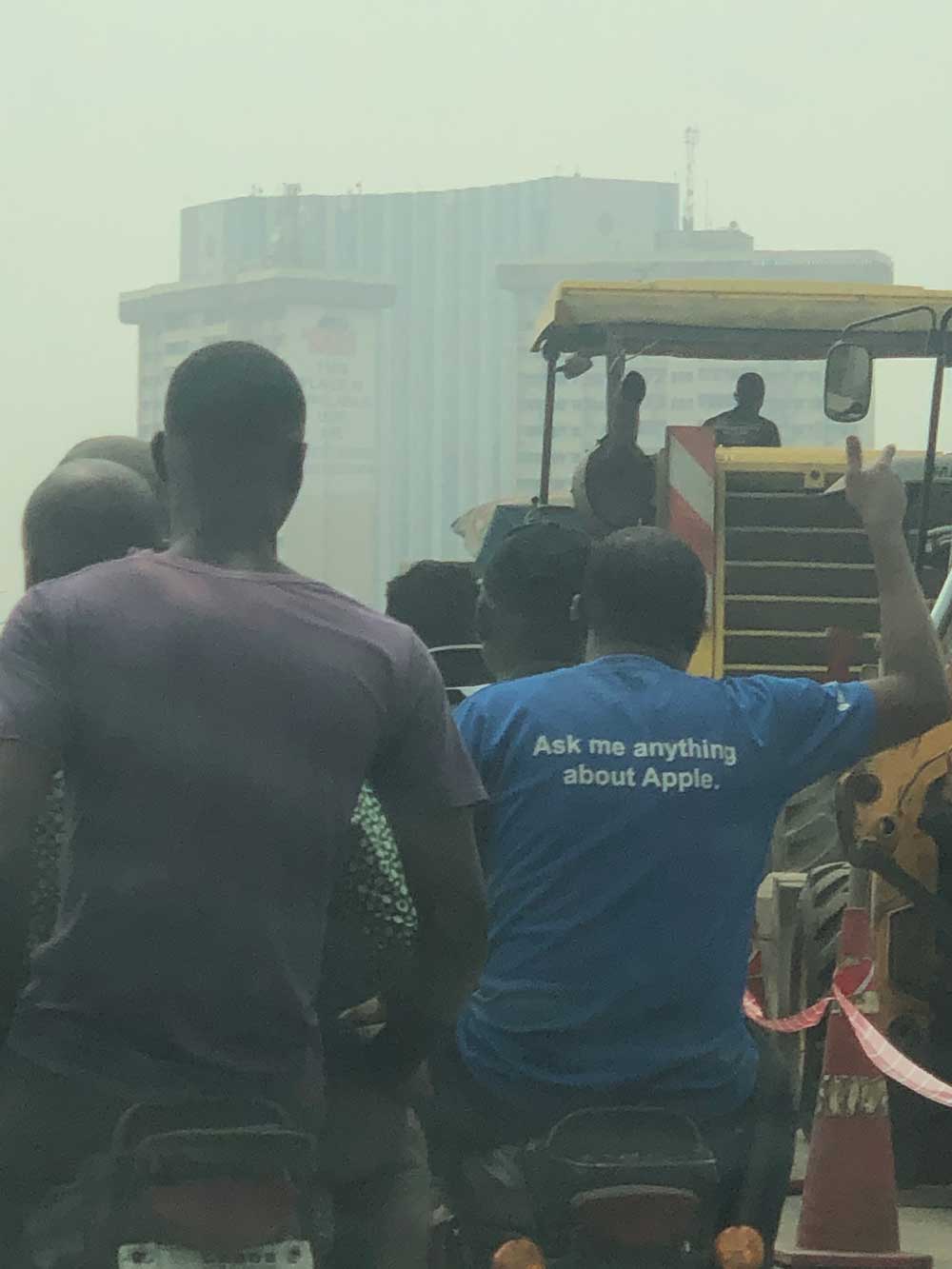 But it started with an HP sauce sachet.
Fun sized as they say.
Presented in a floral arrangement along with ketchup and mayonnaise.
A small plump packet oozing brown liquid onto a plate of scampi and chips.
The light hitting the bubbles of the pale ale in a menacing way
dimmed rooms and wooden panels cavernous against the sun outside.
The carpet gaping back at us with its ugly crest, a long lost touch of faded charm.

Your ancestral home you joked, the coastal holiday resort town your parents had met.
Chips and balloons coming off their stings and blotches of chocolate ice cream wiped and wiped again from the children’s mouths, the seagulls big day out clouds, like steel pan bands, leaving town.

The sauce started blurring before our eyes. Blotched impressions from somewhere else. Echo chambers screaming, only in name. Same balloons flying in cloudless sky though tastes of low hanging suns and tastes of childhood cradle, home. The molecular particles of light, the parameters of what life was like to begin. Tropical blooms and sing along stories, pink ribbons and hand kneaded buns.

The children’s faces here don’t bear any signs of recognition, translucent skin, spoiled, not one of your kind. The old boys in tweed, the women dolled up who screech over white wine,  the lines of the menu blur at once, sundae as in trophy, whitebait as in plagued, game pie as in fun – or raw intestines?

The compass of understanding laid bare, the long guessing game and never quite knowing why. Tailored behaviour, a fantastic impersonator! New taste buds bloom over the old, I love the taste of flat beer you hear yourself say. And the smell of freshly baked bread after school comes back as you stare at the option of game pie.

The long lost art you have no use for now the trees are different, of opening pine nuts with a rock, the miniature pastry with a strawberry on top the owner of the bar downstairs used to give you, women in fake Prada and seaside dreams of emerald green, as you look at the pale blue packet of mayonnaise, reading heinz again and again.

What did you expect you said, have you never ordered scampi before, it usually comes battered.